Stan Lee’s annual comic book and horror gala made its way to the Los Angeles Convention Center on another Halloween weekend. 2016 marks the first year of its rebrand as Stan Lee’s Los Angeles Comic Con, formerly Stan Lee’s Comikaze. In previous years, it has become a hit with fans and draws thousands of people to downtown LA. The tradition continues as the 3-day extravagant is filled with eager fans wanting to display their creative cosplays and industry artists and writers showcasing their upcoming projects.

As in previous years, this convention has been heavily catered to the fans of geek culture and entertainment. Although it only housed one side of the convention center, LACC made its presence known in the South Hall. Driving down on Figueroa Street on that Saturday, your eyes are met with colorful costumes from all types of fandoms lining up to get inside. Inside the main lobby is a sea of characters coming to life. Attendees are greeted with smiles and photo-ops with the cosplayers’ creative costumes. Scattered throughout the lobby are staff personnel that kept a sense of order in a high-crowded area.

Upstairs in the exhibit floor is where all of the artists, celebrities, and vendors can be found. There were a good variety of vendors to check out that can offer satisfaction to any nerd’s needs. Perhaps the most engaging aspect of any comic convention is the opportunity to meet some of the people behind it. Whether it be an artist, creator or writer, you are likely to not just meet them, but also have the opportunity to ask them questions. One of the biggest differences of LACC from other fan conventions is that their panels are displayed on the mainstage of the exhibit floor. Panels are not hidden away in closed doors but in the wide open as you are walking on the exhibit floor.

With so many fan conventions happening on almost a weekly basis throughout the country, one would assume the ticket prices to go up as a way to compete with others. However, the organizers of LACC are clever to bring a large number of vendors to ensure ticket prices remain low. Fans are able to enjoy and celebrate with other like-minded individuals without breaking the bank.

Fan conventions are growing and so are the attendees. Each year the numbers continue to climb and it is not looking to move backwards at anytime soon.  The one thing that was time-consuming for attendees is picking up their badges on the day of. Perhaps mailing out the badges to pre-sales can trim out the lines leading up to the entrance door. Nonetheless, the staff was able to move the crowd rather quickly.

The cosplay scene is perhaps one of main features of any con. It is also the most enchanting. Fans are able to display their love of a character through the art of cosplay. Whether it is an extravagant costume that took hours to complete or one that was quickly put together, the end result is the same…to celebrate the love for a character in their own special way. With our digital age, Social Media is splattered with some of the coolest costumes emanating from the convention. Thousands and thousands of photos are taken each day for keepsakes and even for professional use as photographers snap away to not only showcase the costumes, but to also sharpen their skills.

There were multiple events happening in Downtown LA as the League of Legends World Championship Finals were being held next door at the Staples Center. Intentional or not, it turned Downtown LA into a colossal celebration of nerd culture. Although it was a quite a sight to see so much spillover between events, it did create major congestion on the streets going to Downtown Los Angeles.

Stan Lee’s Los Angeles Comic Con is a strong get-together for fans to rejoice their geek lifestyle and a place to meet others who share the same fandoms. It is more intimate that other fan conventions. Attendees are able stand together instead of being separated in rooms during panel discussions. LACC is a major player in the con scene as proven with the climbing numbers each year. Each year just keeps getting bigger, better, and stronger. 2017 already has a date: October 27-29. Stay tuned for ticket details at www.stanleescomiccon.com. 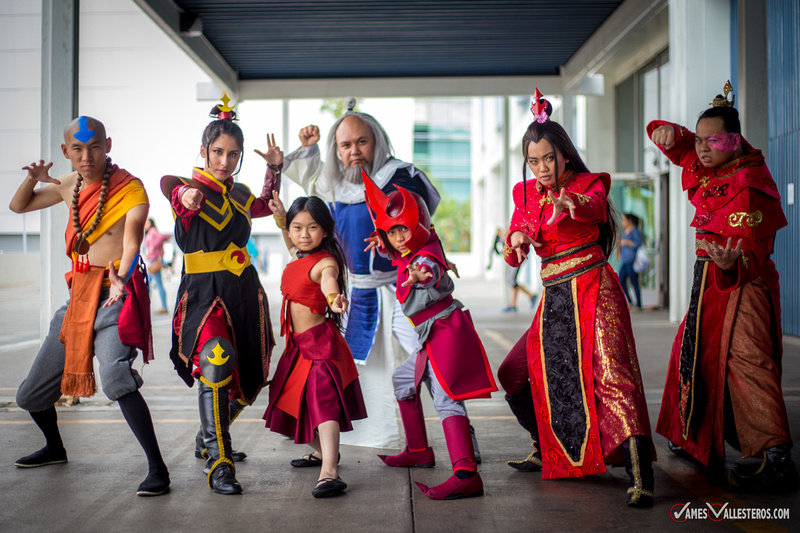